These are mostly street photos in Ho Chi Min City, Vietnam. These were taken in January 2007. Ho Chi Min is a city where the two wheeled vehicles greatly outnumbered the four wheelers and where crossing the city streets is an adventure in itself.

Ho Chi Min is known as Saigon until the end of Vietnam War. In 1975 it was renamed Ho Chi Min City. It is the largest metropolitan area in Vietnam and lies close to the Mekong Delta. Ho Chi Min was a revolutinary and statesman who later became prime minister and president of the Democratic Republic of Vietnam.

Where in the world is HO CHI MIN CITY, VIETNAM? 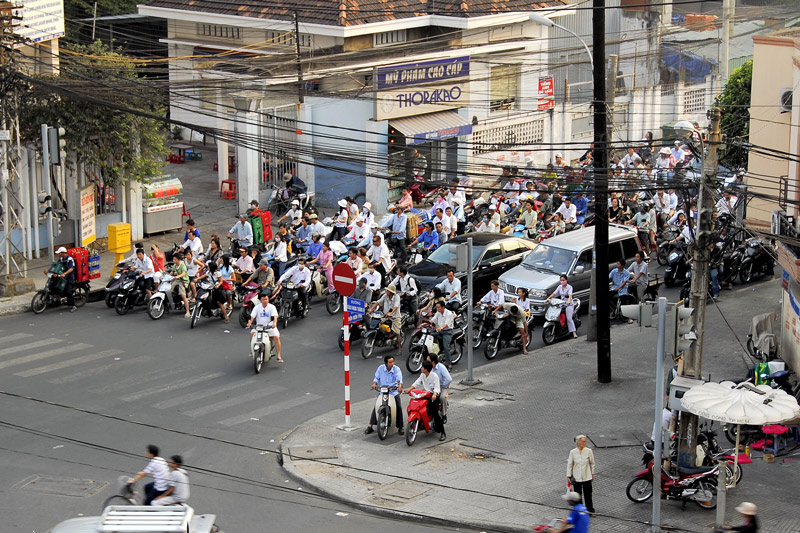 A typical street scene where the motor bikes outnumber the cars and trucks. They follow the traffic signals but if there is none, then cross the streets at your own risk.